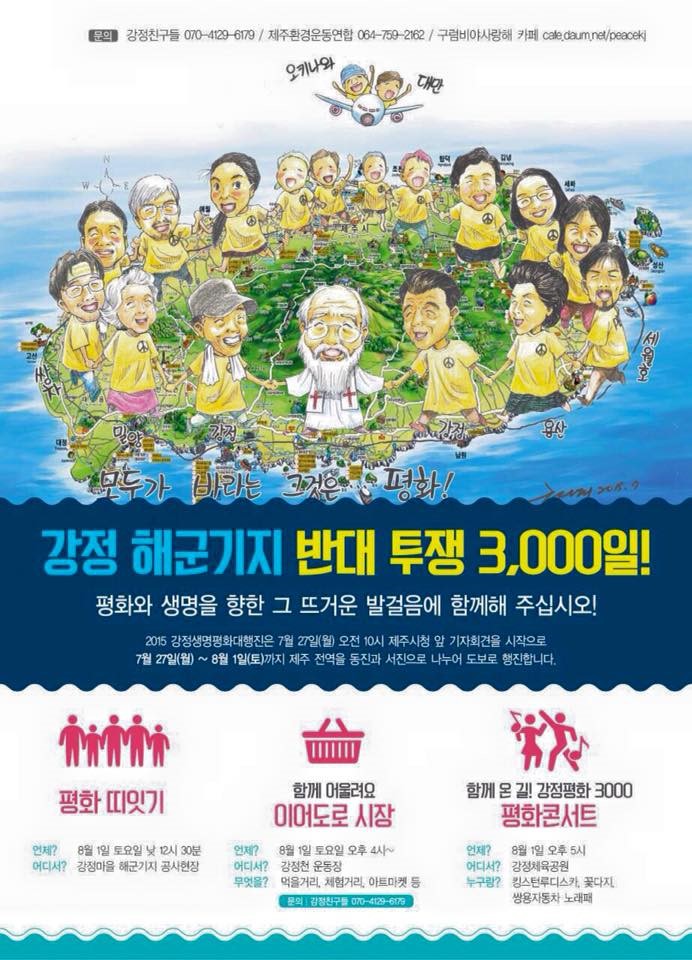 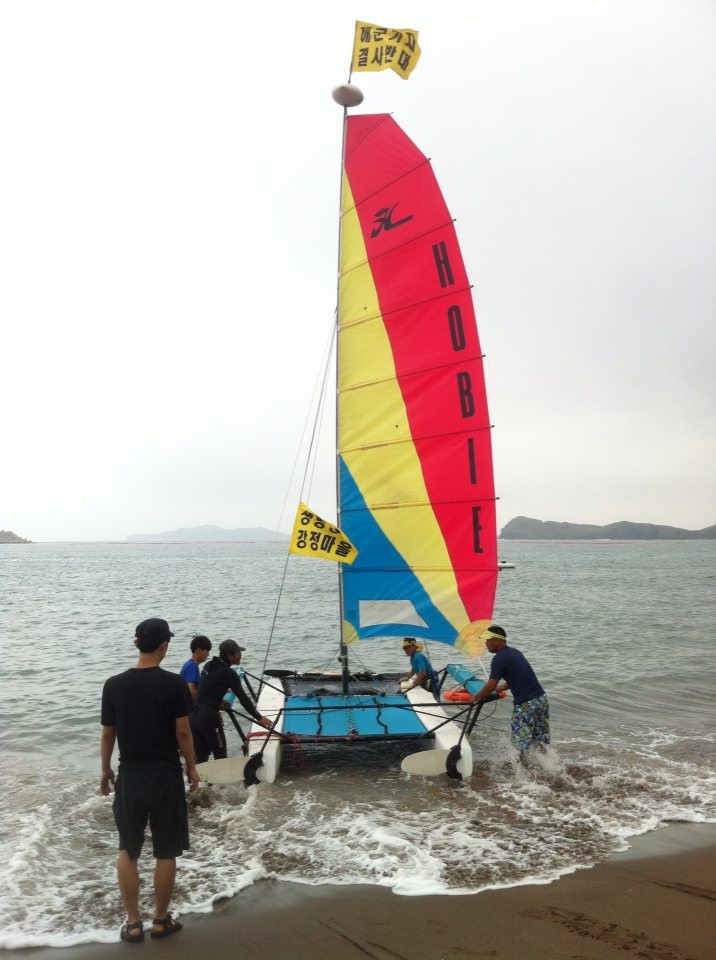 Some people even sailed around the coast with Brother Song. 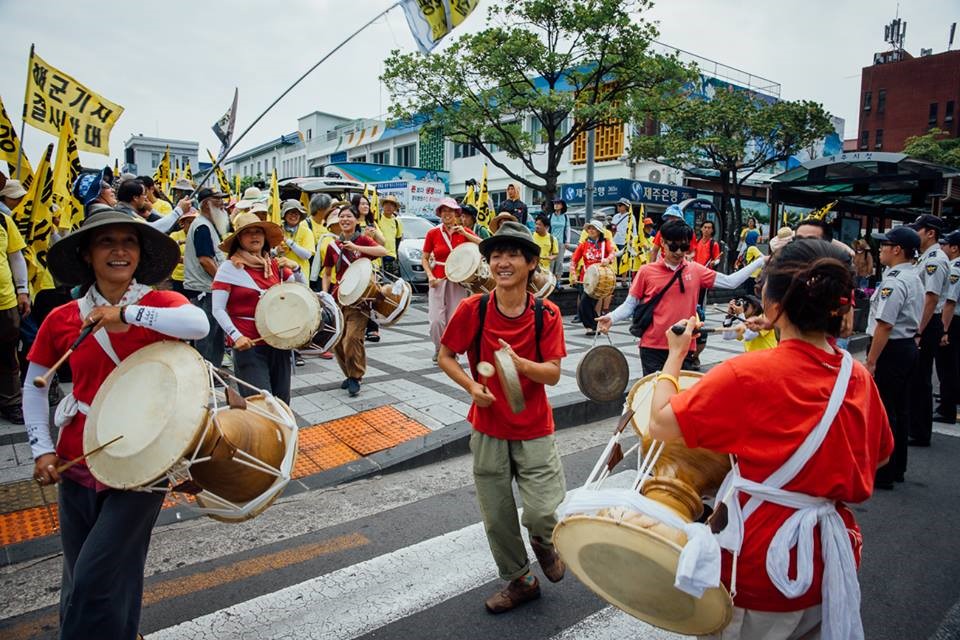 The pungmul (traditional percussion) team led the way to start the march. 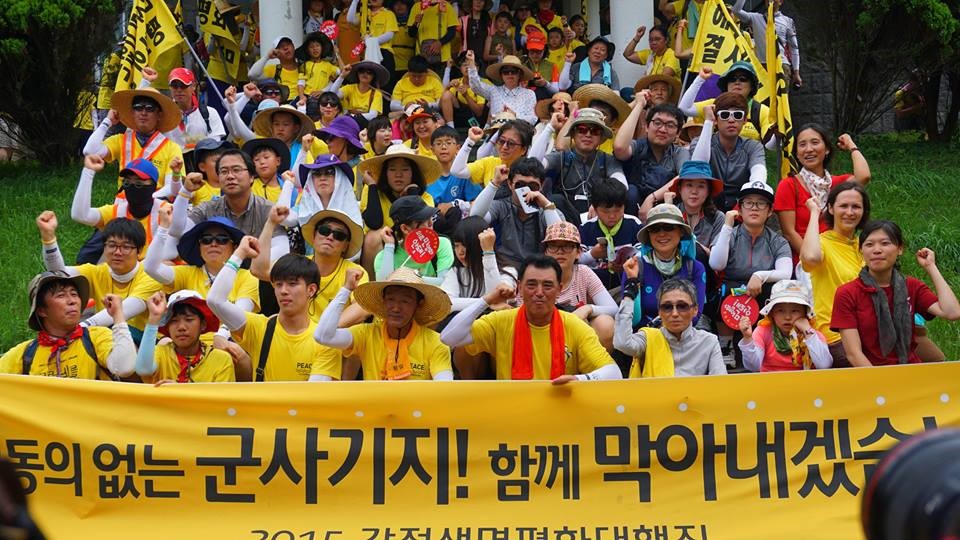 I joined the march on the east coast. 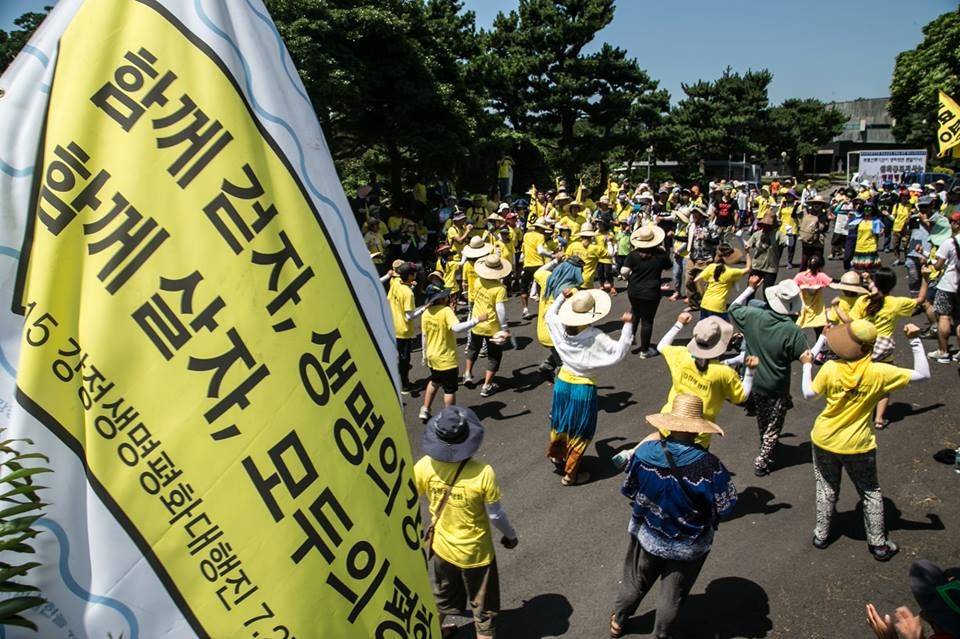 We stopped to eat and sleep or to dance and play in the water, but mostly just kept walking and walking. 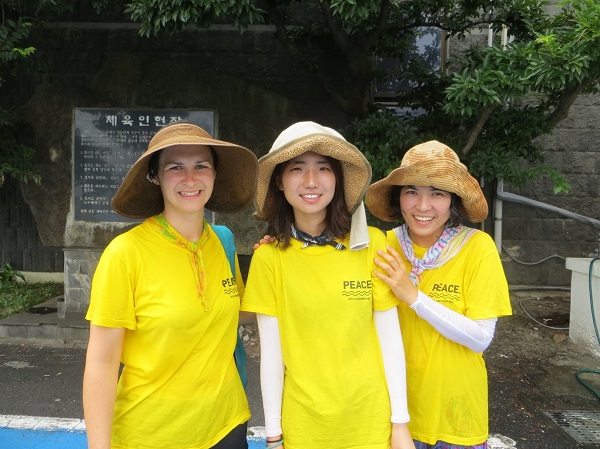 It was a good time to catch up with old friends, like Jungjoo and Dacota. 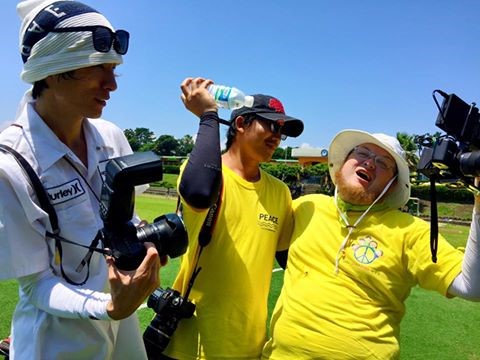 Paco even came all the way from the United States to join Minsu on the media team. 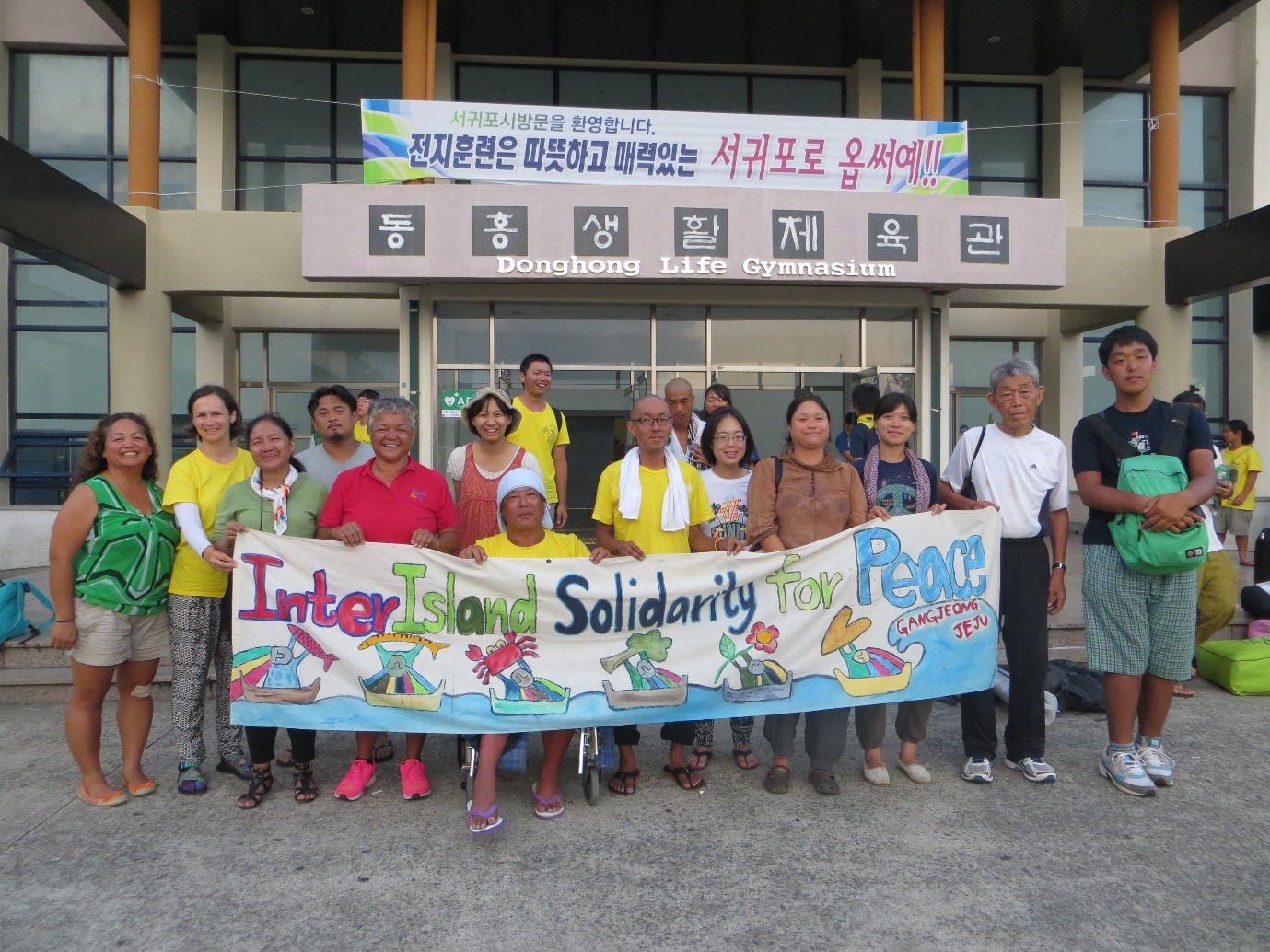 We were also joined by many friends, new and old, from Okinawa, Taiwan, the Philippines and Tinian Island in the Northern Marianas. 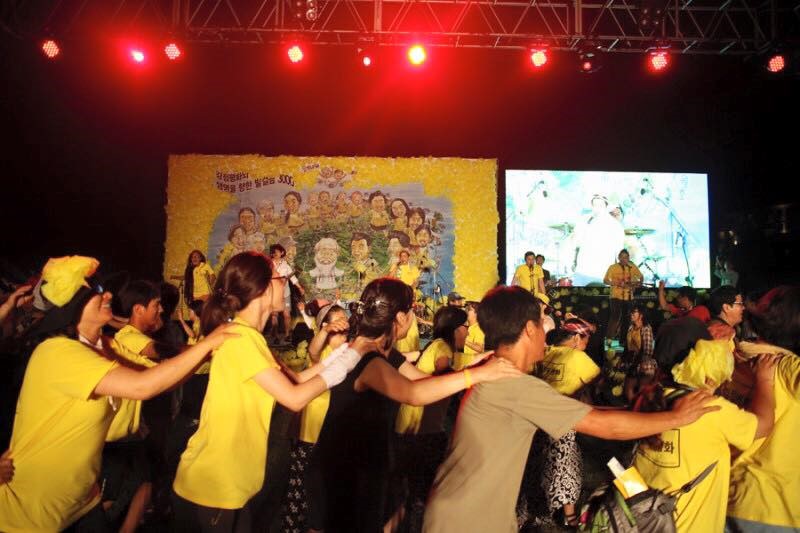 When we arrived in Gangjeong, there was a real sense of togetherness, and a strong energy to work together for peace. 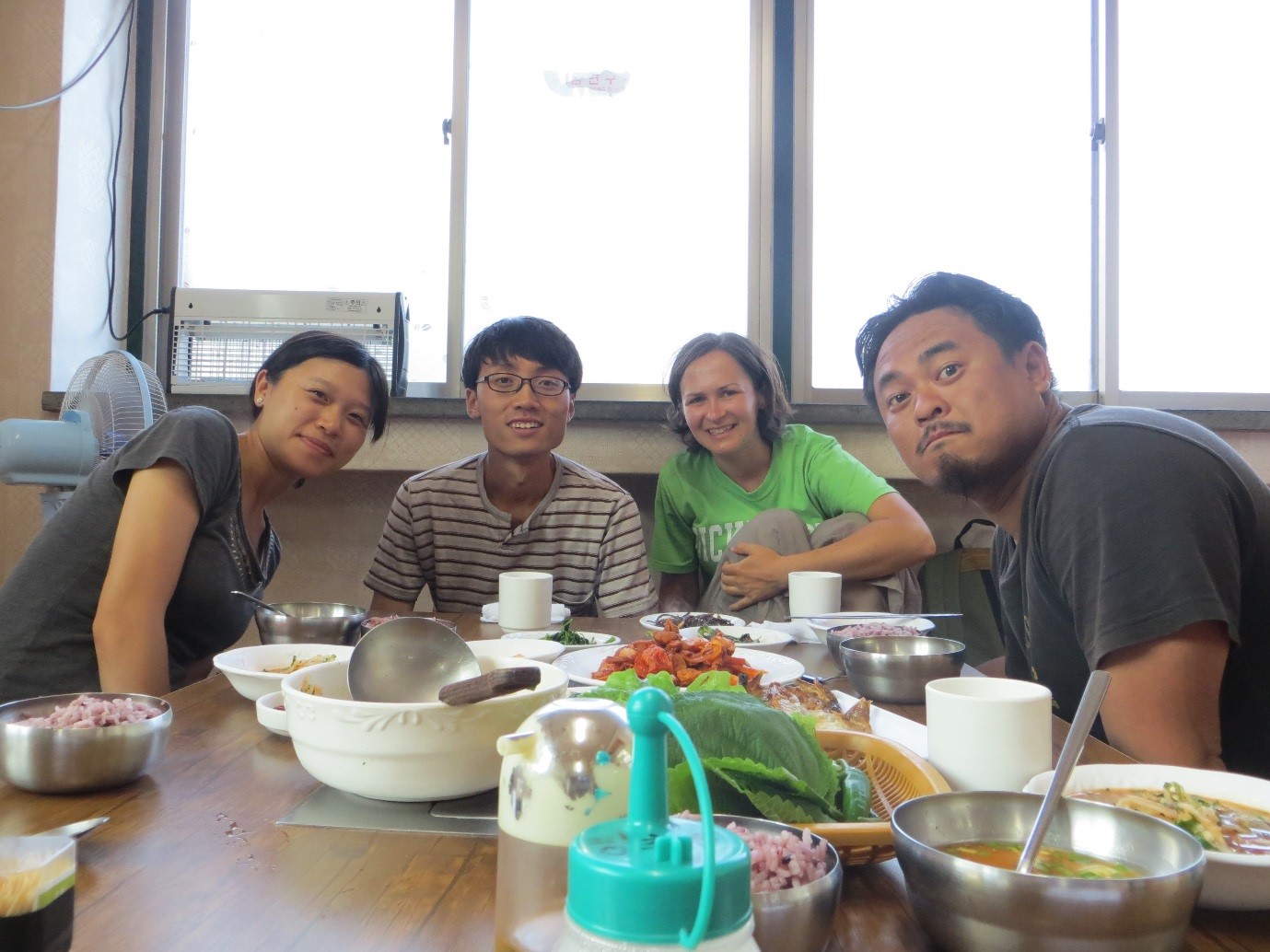 After the march we continued to learn more about how we can work together for Inter Island Solidarity with friends like Hung Shen-han, a leading anti-nuclear activist from Taiwan. 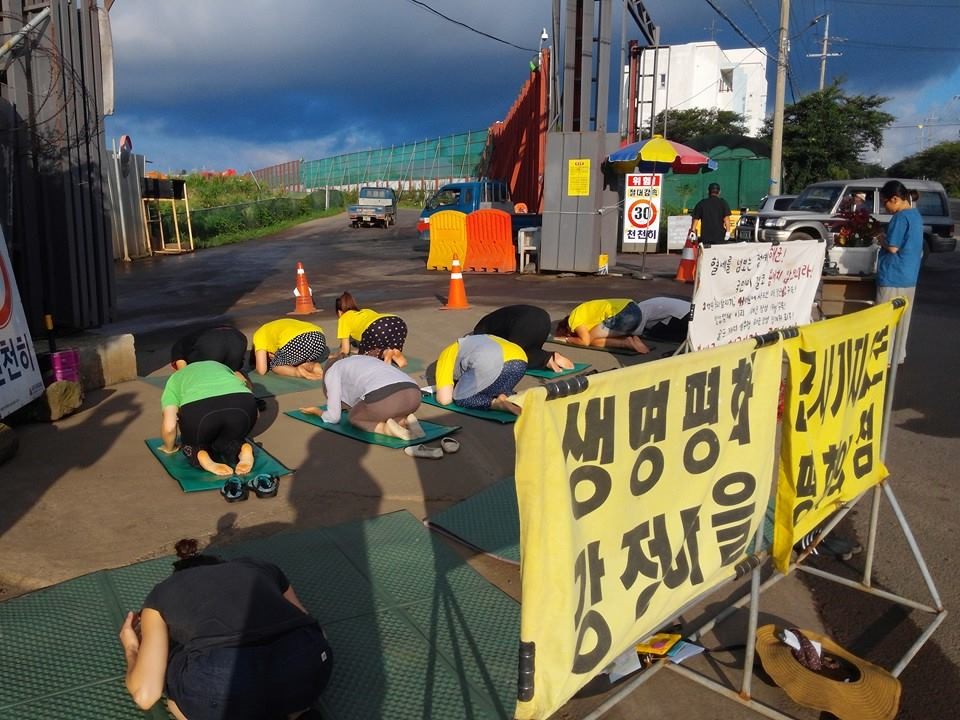 A couple days after the march, Gangjeong began its 3000th day of struggling against the naval base with 100 bows at the main gate, just like so many days.