Held every year since 2000, this year will be the 17th year of the Frontiers International Peace Camps.

It is a time to shift your gaze from focusing on you to those around you, and to meet new friends living

We have three different camps: in a beautiful village located in the middle of the jungle of Sumatra, Indonesia,

and in a school full of lively refugee children in Malaysia, and then in historical places

and with indigenous people of Taiwan. In these colorful camps you will definitely be challenged! 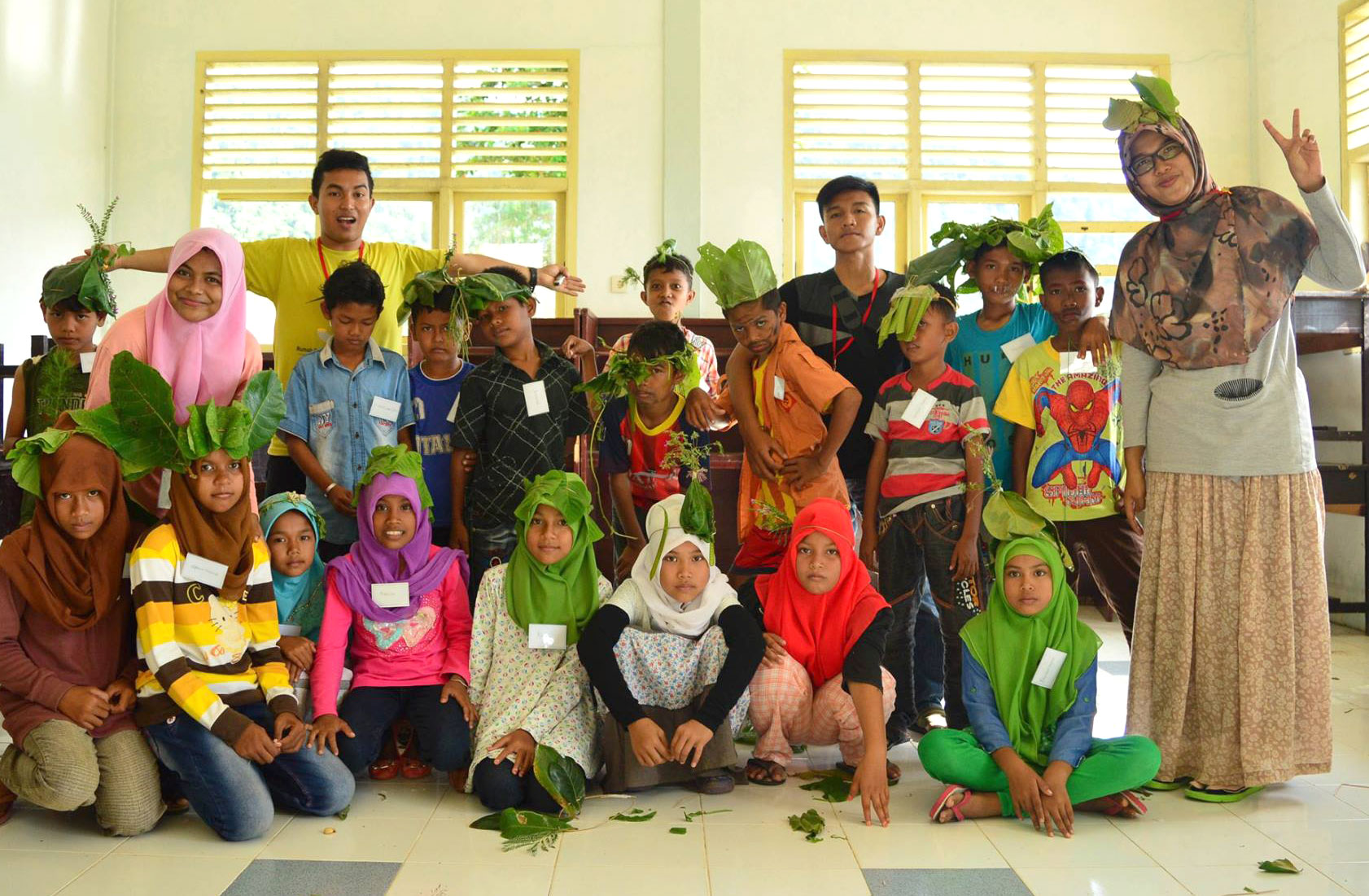 Aceh is located at the far north-western area of Indonesia which faces the Indian ocean. The camp site, Baling Karang village is located at the most marginalized area among the 14 areas of Aceh province. Although the village suffered floods frequently, it is a beautiful place where the children are pure and energetic. They are smiling whenever we open the Peace Library in this village. At one time, it was a conflict area between government forces and rebels fighting for freedom. Now, it has become a picture of nature and humans making harmony. We’re inviting you to be a part of that picture this time. 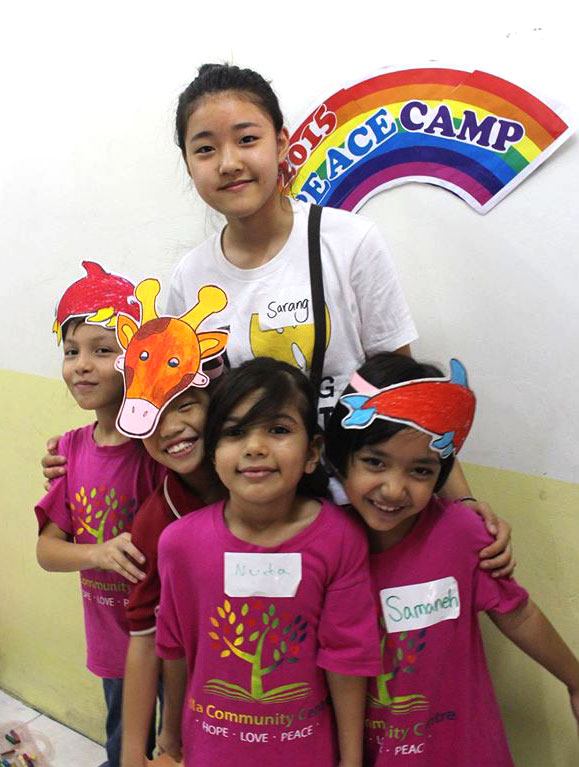 We often hear the news of air strikes in Syria and terror in European countries.

But it is difficult to practically understand the lives of refugees in the real world.

Flying a few hours to Malaysia, you will meet lots of Afghan and Rohingya

refugee children who are searching for hope at this temporary place of rest.

We’re wanting you to dream of courage and hope for them, and  to laugh and

cheer together with them.

This years’ Taiwan Peace Camp follows after peace camps in Jeju, Korea (2014) and Okinawa, Japan (2015). This camp is a solidarity program for people who want to protect these islands and make them places of peace without any armed conflict.

In this camp, we’ll visit indigenous villages and protest sites in Kaohsiung and Taitung in southern Taiwan, and have several symposiums, forums and cultural activities. 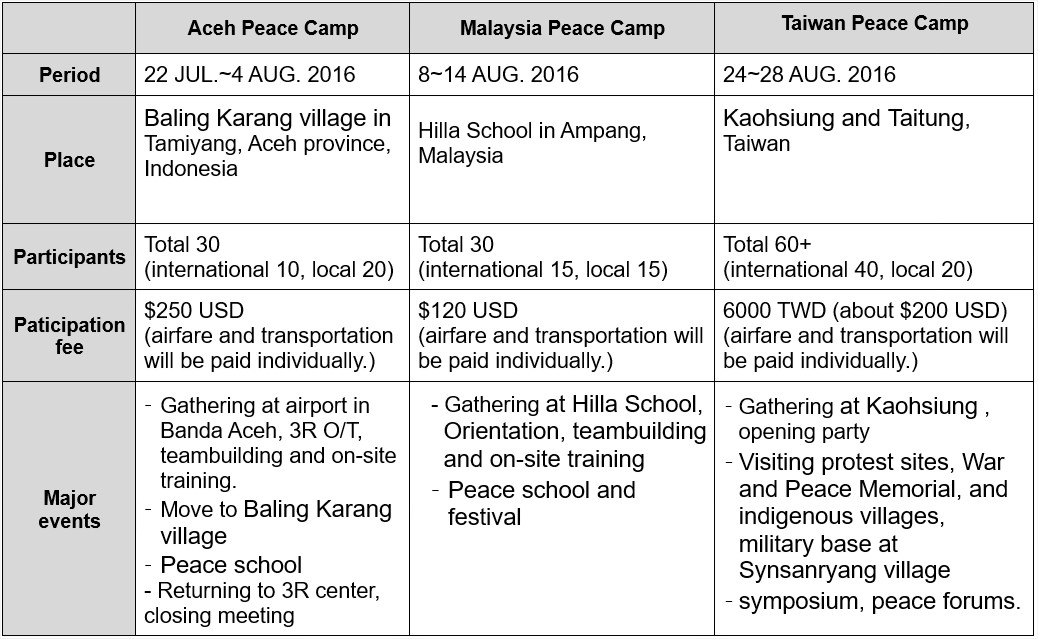